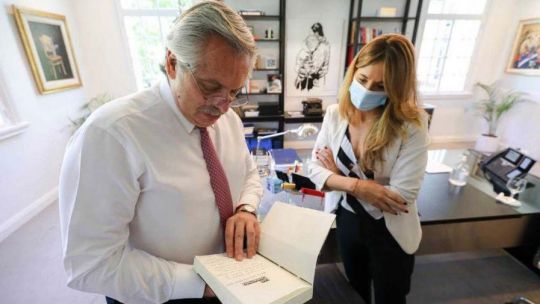 As I mentioned today we are again in a very critical situation. We were hoping that after the conversation we had with you, Carla, Kirill and I a couple of weeks ago, things would be more straight forward. But they even worsened.

We are still waiting for a minimum amount of C2 to complete treatments at least to the people with more than 90 days of minimum interval. We were super proactive in finding a solution to the difficulties you had with this, but we couldn’t even have the minimum. We need urgently at least 1 Million to inoculate elderly people this weekend. We shared with you the excel with the minimum required several times.

We still need to receive the pending doses of C1 as well. As per the contract there are still remaining 18.734.185 doses (5.5M C1 + 13.1M C2). We are still waiting for the schedule for July deliveries that you agreed to send in that call too. We didn’t receive it. We can even think at some point to receive more C1 than C2, or think about new strategies, but urgently we need some C2. At this point the entire contract is at risk to be publicly cancelled. We understand the shortage and production difficulties some months ago. But now, 7 months after, we are still very behind, while we are starting to receive doses from other suppliers in a regular basis, with schedules that are fulfilling.

Moreover, we just issued a presidential decree that enables us to sign contracts with American companies and receive donations from the US. Proposals and deliveries are for this year and also include pediatrics which is another vantage. We asked your team to share a protocol for pediatrics so we could run a study here but we still didn’t receive anything. Also we are still waiting for the vaccine cocktail results with Astra, but I guess it’s still on going since January that you informed us about this. We have started studies on our own.

Finally, local production was a big step for both of us. Our President participated even in de launching, waiting for more than 2 hours. We are very happy and supportive with Richmond. We only asked to have the first results before July 9th which is a very important date for us, Independence Day, which means a lot. Richmond sent the first doses to pass quality control in June 16th. We have been told that this process would take between 10 and 15 days. It’s July 7th and is still not ready and will not be ready for the 9th as the President kindly asked, following the days needed. Doses are in Russia for more than 21 days now... we hoped that you would be specially on top of this, was the only and most important request from President Fernandez, and again a disappointment for him and the country.

I would like to add, that someone of your production team is asking Richmond to ask the Ministry of Health to invoice and receive the full payment for the doses produced here. As you can understand, we are not able to change our contact, and even less having a local intermediary in this and paying a grossing up for taxes. Could be a major political and public opinion problem for all of us if we change a letter from our original contract. We are always eager to find solutions but we were never officially informed by you, with whom we have the contract, to study this option. I asked for a call about this several days ago and informed about our situation. But still no official proposal was informed. Remember that we were able to sign a contract in the first place because the RDIF and Human Vaccine are entities controlled by the Russian State, so it was a state-to-state agreement. We justified this with all the proofs and papers that you provided. We can receive and pick up vaccines wherever you say: Moscow, Beijing, Seoul, Bombay, even Buenos Aires. But payment and responsibilities regarding indemnities and production are between us and Human Vaccine/RDIF. We even moved a step further allowing Richmond to import the bulk with no taxes (millions of dollars). We signed these exemptions in good will and collaborative way, understating that are doses to be deliver to us.

I know your hard work, the commitment Kirill has with Argentina, and all the work we have done together. Soon, a new study will be published in a peer-to-peer review magazine about efficacy, effectiveness after 6 months and response to new variants. We responded always doing everything possible for Sputnik V to be a major success, but you are leaving us with very little options to continue fighting for you and this project! And as I also mentioned once, we are facing legal prosecution due to these delays as public officials, putting at risk our government.

Please, lets work together on a real and possible solution. You can count on us.

Looking forward to hearing from you soon.